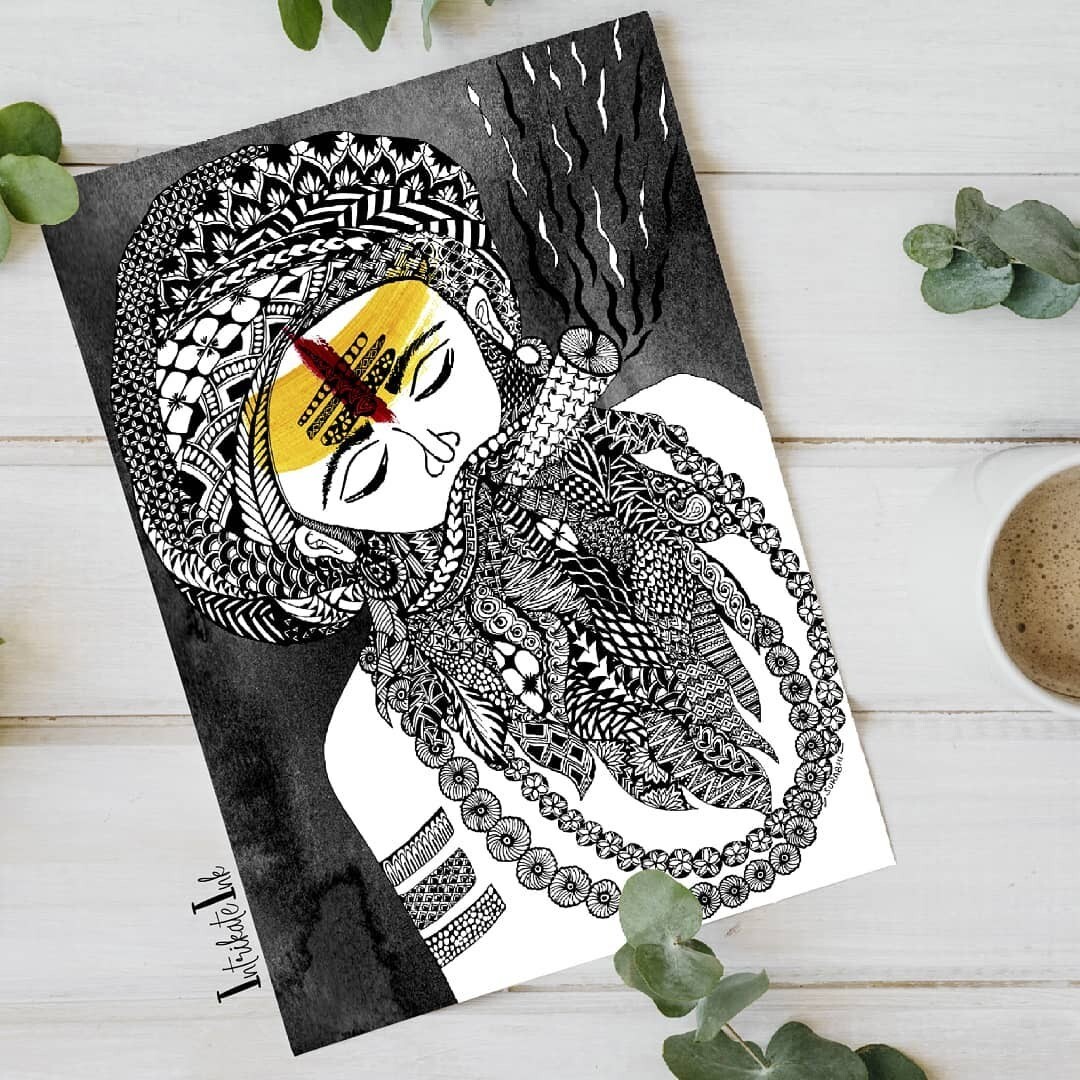 Invented in India, chillums or Chilams are made of clay, stone or wood and have been used by the Sadhus (Holy Men) in India and in the Himalayan area since ages to smoke opium, cannabis and other narcotics or herbs. Although it has no spiritual value, It is believed by Sadhus that they smoke Chilam as 'Prasad' (Oblation or religious offering) of Lord Shiva.

The Sadhu also wears on his forehead the three lines of the god’s trident drawn in ash or sandalwood paste which may be vertical or horizontal. Endless variations of these sectarian marks, depending on the sect, are possible.

A Sudhu with a Chilam in hand is a common sight Rishikesh onwards in the foothills of Himalyas.

A beautiful concept to be framed as artwork anywhere in your house.

Save this product for later